UK experience of the Impact of Volcanic Eruptions 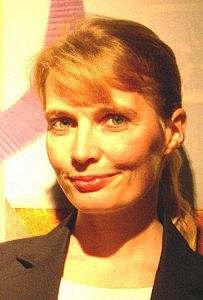 In 1784 the Icelandic volcanic fissure Laki erupted emitting 120,000,000 tons of Sulfur dioxide in to the atmosphere that caused a thick haze across Europe. In the UK these poisonous fumes are estimated to have killed 23,000 outdoor workers as well as creating a severely cold winter in which an additional 8000 died. The 1816 eruption of Mount Tambora in Indonesia caused the UK and Europe to have ‘A year without summer’ causing crops to fail and food shortage.

the 2010 eruption of Eyjafjallajokull, the most recent eruption to affect the UK, was small.  However it caused the biggest disruption to European air travel since WW2 as the position of the eruption was such that it ejected ash into the Jet stream.  For 5 days air travel over most of Europe was halted, affecting over 100,000 travelers some of whom resorted to twitter to ask for temporary accommodation and assistance.

The Airline industry was the most severely affected, as with all airspace closed re-booking or rerouting flights was not an option.  Hotels and Tourist areas were also impacted as were industries that depended on airfreight.   An aviation business continuity expert has kindly shared his views on best practice gained from the experience of 2010.   1. Government Agencies need to have available Ash Cloud Forecasting and Monitoring Equipments. The aircraft which usually fly over UK to measure the density and distribution of ash at various levels of altitude, was unfortunately parked in a hanger for maintenance.   2. The national air traffic service should have a BC plan in place to deal with loss of airspace availability for any reason. All affected parties should work together on a national plan. The National Air Traffic Service (NATS) had declared the flow rates in various ATC (Air Traffic Control) sectors throughout UK that it could provide service to. The airlines agreed on a pro rata these flow rates among themselves based on their normal level of traffic and thus make their own decisions about which flights to operate or cancel.   3. Priority should be given to flights which have few alternatives, over those where alternatives do exist. e.g. where good road and rail networks exist, domestic flights should be cancelled in order to allow long-haul overseas flights to operate where capacity is severely reduced.  However for this to work, it will be necessary to arrange for extra coach and train services to be laid on to cope with the additional passengers and likewise extra road haulage for essential cargo.   4. Government meteorologists and airline flight planners should be working together. Enabling airline planners to understand the most likely spread of ash cloud at various levels and consider alternative routings for flights to avoid the ash or fly at sub optimal flight levels (from a fuel efficiency point of view).  Where the rerouting is significant and beyond an aircraft's range, the airlines should consider en route stops for fuel uplift. This may result in crew flight time limitation issues, the need for additional catering uplift etc and arrangements will need to be in hand (eg handling agreements where such calls are at airports not normally used by the airline).   5. The Government should not seek to set airline priorities, just inform airlines of which airspace is considered safe. There will likely be issues raised about such things as should business traffic get priority over leisure traffic.  These are pointless and agreement will not be reached.  If the Government makes such a decision it will render itself liable to claims for compensation by the aggrieved parties.  Wholly leisure airlines would be threatened with bankruptcy etc. Priority should be given to flights which have few alternatives, over those where alternatives do exist.   6. Finally, even the best business continuity planning will not enable normal operations in circumstance with wide spread impact. There will be mass disruption in the form of delays and cancellations and the planning must include how such widespread disruption will be managed.

●This article was translated into Japanese and published on magazine "Risk-taisaku.com"