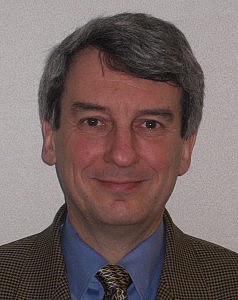 ●This article was translated into Japanese and published on magazine "Risk-taisaku.com" vol.25.

, MBCI, French Area Representative of the Business Continuity Institute (BCI) since 2002, has been carrying out consulting and academic research in relation to economic and societal Resilience for the past 30 years. He advocates a change in the current Business Continuity Management & Planning doctrines, placing a larger emphasis on the shift in the commandment paradigm that extreme circumstances require, from procedure-based response plans to tactical reasoning and the building of resilience capabilities. He teaches post-graduates Business Continuity Management as a regular invited lecturer in France at the Poitiers Faculty of Science (IRIAF), at the Aix-Marseille Faculty’s Institute of Corporate Management (IAE), and many others. He is also the author of a large number of publications and conferences on these topics. You can reach him on his email at  patheron@wanadoo.fr.